How much is your stringed instrument worth?

How much is your instrument worth?

A particularly memorable violin is one that came to us on a hot valuation day in South Africa. The day was so hot and the valuation session was so quiet, James told me to go and lie by the pool. I did.

To my surprise, James soon came outside with beers, a client and a violin. I rushed to put on some more appropriate clothing, and the three of us sat in the sun, chatting about the violin.

The owner would often take his violin to the beach to busk. He had no idea of its value but it was a lovely Amatese violin. It took him quite some time to digest the potential value of his instrument.

Back to England, we did further research on the violin, and then, at the owner’s request, sold the violin for a good price, almost £50,000.

In retrospect, it seems appropriate that I should have been wearing shorts while valuing a violin that had serenaded so many people on the beach. Not all violins, nor specialists, lead rarified lives.

A few months ago, a man brought a violin to an Amati valuation day.

It had been in the family for some time and he didn’t know what it was or how much it was worth.

We researched it for him and found it to be a rare Francesco Gobetti violin, which we later sold for a wonderful six figures.

Jamie and I were on a valuation tour around the UK and had been booked into a small pub. We had been placed in the bar, which looked promising. However, the day wasn’t particularly successful and we were almost ready to go home.

In walked the final client of the day, carrying a cello. It was immediately obvious to us that she had something special. She wasn’t sure: a few years before, a well-known auction house had told her that the cello wasn’t of great value.

Most of the time, we have to tell people that their instruments are worth less than they had hoped. It was therefore lovely to be able to tell this client that her cello was actually worth a great deal.

The client asked us to carry out research on the instrument to try and establish who the maker was. After identifying the 18th Century Italian maker, we were asked to sell the cello and it went on to achieve a world record price, fetching just shy of £400,000. We have remained friends with the client to this day.

The widow of a well-known Eastern European violinist brought us his violin to value. We knew straight away that the instrument was a good one – it had a gorgeous back of oppio wood, a reliable indicator of quality.

There were a number of makers who could have made the violin, so extensive research was necessary and the research took some time.

Eventually, the violin was sold for a good price and the client was very happy. I think she enjoyed the relaxed and informal nature of the valuation day. She also appreciated the care we took with our research on her instrument.

A client recently achieved a superb result with a violin in an Amati Affordable Auction. He had inherited the violin from a dear family friend with whom his father used to play music. The violin had great sentimental value and, as it turned out, significant financial value. After some feverish bidding, the violin eventually sold for a hammer price of £37,500.

The client was delighted. “I am amazed and, naturally, very pleased” were his words.

Why do we value instruments for free?

Finding out the origin and value of your instrument is interesting 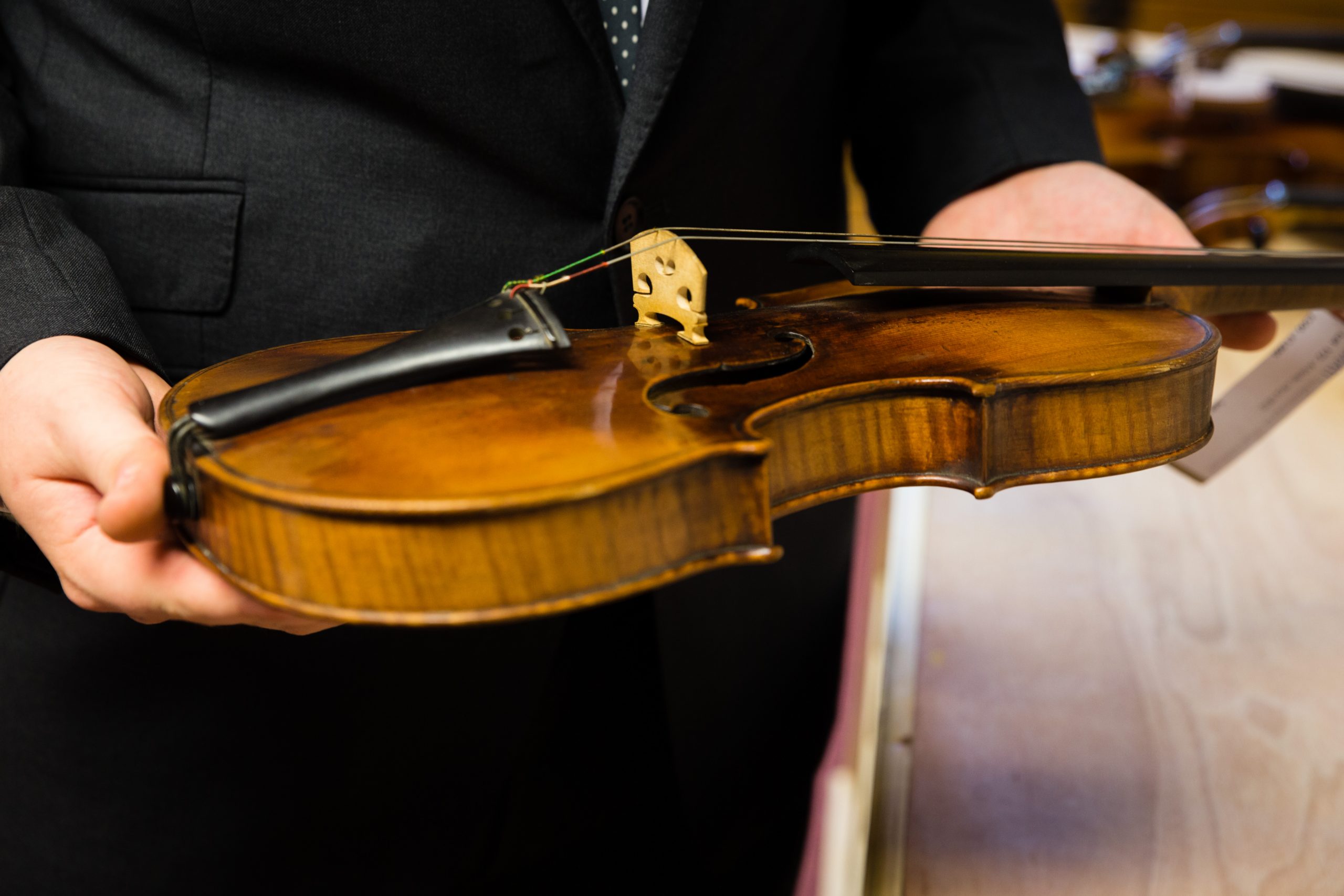 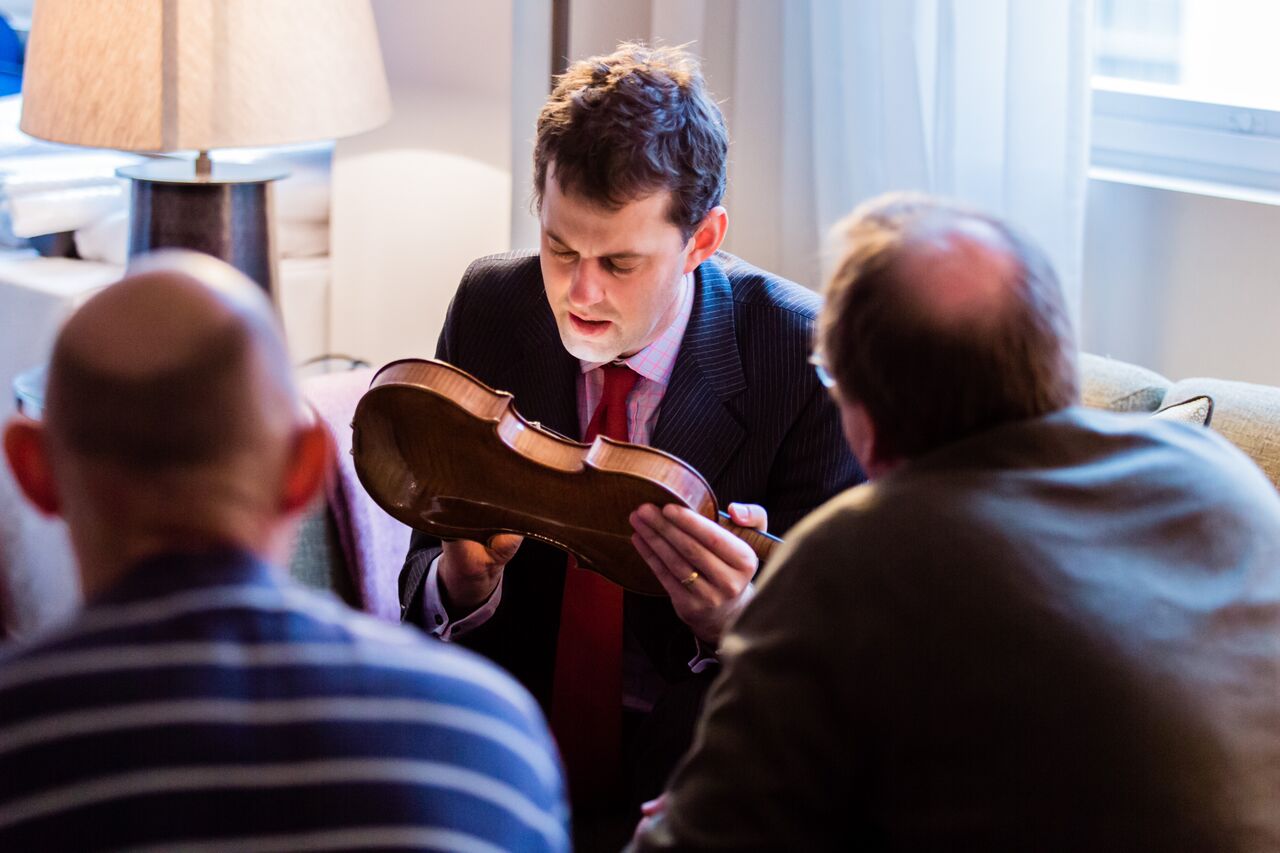 Where Can I Get a Violin Valuation? 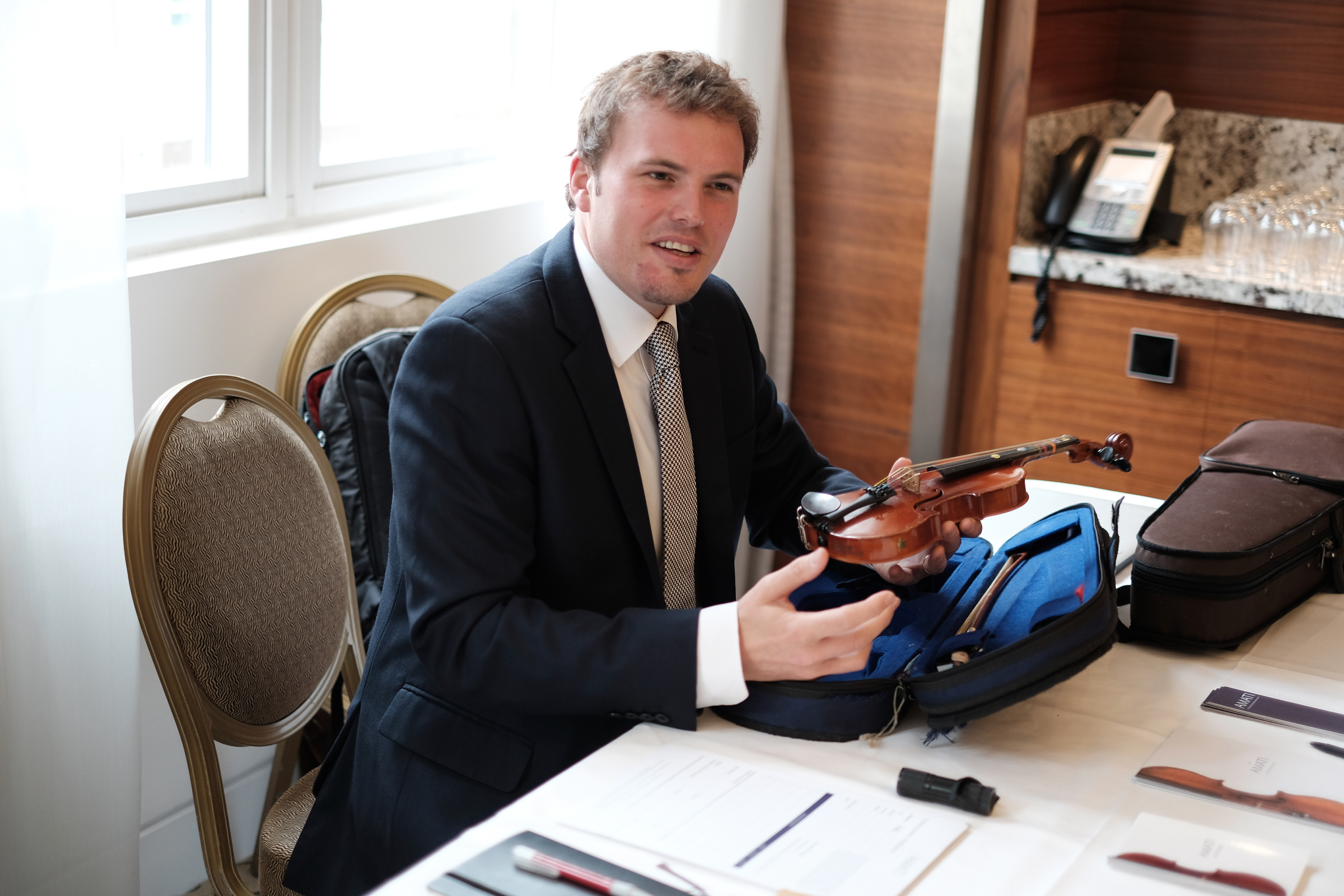